A Guide To Common Household Plastics

A Guide To Common Household Plastics

Plastics are substances called polymers – these are long, chain-like molecules, formed from many smaller molecules. We use a number of different plastics in our day-to-day lives. This graphic looks at uses of the most frequently encountered, along with their chemical structures.

Polypropene is particularly resistant to heat, physical damage, and corrosion. As a consequence, it is commonly used in food containers, carpets and rugs, ropes, plastic furniture, and piping. It’s also used to make items for medical or laboratory uses.

PVC comes in both rigid and flexible forms. In its rigid form, it can be used for window and door frames, piping, and bank cards. By adding plasticisers, a more flexible form can be obtained, which is used in electric cable insulation, and as a rubber substitute.

PET is a lightweight polymer, and comes in forms of varying rigidity. It’s commonly used for plastic drink bottles, and also for clothing fibres (where it’s often referred to generally as ‘polyester’). Additionally, it’s used in ready meal packing and tapes.

Polystyrene is one of the most widely used plastics. It’s used in its solid formto produce plastic cutlery, CD cases, anddisposable razors, whilst as a foam it’s usedin packing materials, building insulation,and foam containers for food and drink.

PTFE’s well-known brand name is Teﬂon.It’s a very unreactive polymer, and is used innon-stick coatings on cookware. Gore-texfabrics also contain PTFE-based ﬁbres. Italso has applications as a lubricant, and asinsulation for electric wires and cables.

Nylon actually refers to a family ofpolymers; nylon 6,6 is shown here. It wasoriginally intended as a synthetic silkreplacement, for military applications suchas parachutes. Today, it is used in clothing,guitar strings, and ﬁshing lines.

Polyurethanes are also a family of polymers;the R group in the structure above varies.Their uses include foam seating, for bothfurniture & cars, non-latex condoms, shoesoles, football coatings, skateboard androller-blade wheels, and some varnishes. 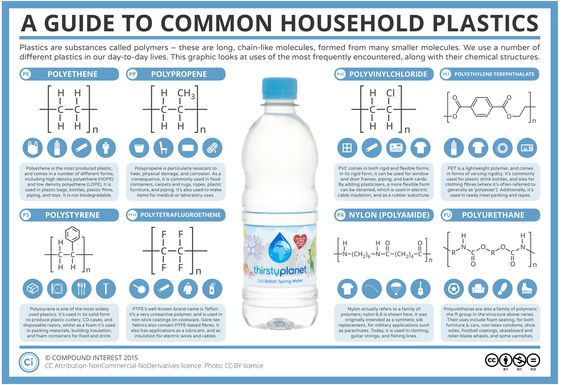 Spot ethylene markets move in opposite directions in Asia, US19